P3 and P4 went to see the Scotland Women’s Curling Team play in the European Curling Championships at Braehead, Glasgow. The classes had a great time supporting Scotland. 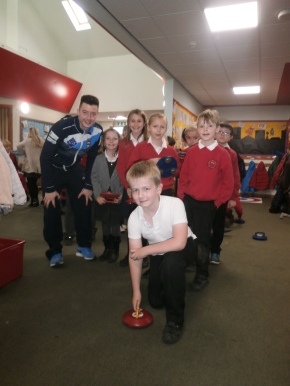 At this session, table-topping Scotland faced Finland and earned a 10-4 win that kept the Scotland women’s team at the top of the table.

One of the Scotland men’s team, Hammy McMillan Jr, came to the school to tell the classes about curling and to answer questions about his sport. He brought some indoor curling equipment that classes could use on the carpet. They had a go at this at Braehead too.

“We had a go at curling but it wasn’t on the ice.” McKenzie M.

“It was fun watching because the Scotland team was right at the front.” Alicia J.

P5, 6 and 7 supported Great Britain at the UCI Track Cycling World Cup and saw the GB Men and Women’s Team Pursuit qualifying races. Both teams went on to win gold medals in the later sessions.

“It was a great experience to be able to see all the different countries competing in our country.” Evie F

One of the pupils’ favourite parts was when Mrs Stone had to compete for a goody bag by naming different parts of a bike. She did an amazing job against one of the cyclists so she got to keep the prize.

Primary 1,2 and 3 performed the Nativity ‘Little Star’s Story’ to an audience of families and friends. They pulled off a very professional and confident performance on each occasion and the audience had lots of good things to say afterwards, including “Best Nativity yet!”

We are very proud of all of our little stars. There was a huge amount of hard work and effort put into the performance and we would like to say a big thank you to everyone involved. Thank you too to our audiences. P4-7 and some nursery visitors watched and enjoyed the dress rehearsal. We never fail to be amazed by the confident singing and acting by the pupils of Kippen Primary.

The Christmas Concert raised a fantastic £1,107 for the school! The donations from the mulled wine stall raised £250 for the Over 60s Christmas Lunch. Thank you so much to everyone who helped, donated, organised, supported and a special big thank you to all the wonderful performers who made it such a special night.

All school pupils performed in a song from the P1-3 Nativity, a P4-7 rendition of Winter Wonderland or the choir’s performance of Let It Go, as well as individual pupils and groups demonstrating their musical talents.

Pupils enjoyed Christmas parties towards the end of term. Pupils joined in with social dancing using traditional ceilidh dances as well as a bit of disco dancing and party games. There was even a very welcome visit from Santa who kindly gave every pupil a present. 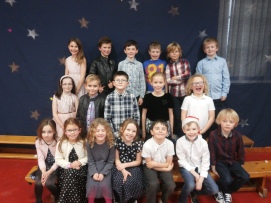 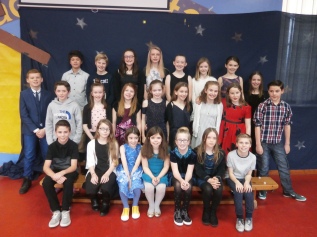 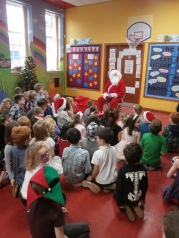 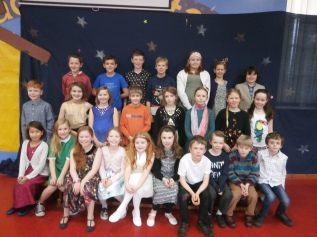 We had an Open Afternoon at the end of October to showcase the literacy and expressive arts work involving the theme of The Dragon that all classes were involved with. Each class presented a short performance in the hall, followed by all classrooms and areas being open to visitors. The dragon mosaic which was made by all pupils in memory of Matthew Gardner was newly installed on the area beside the ramp in the top corridor for our visitors to see. Thank you to Jaine Marriot Mosaics for supporting us to make the mosaic and to everyone who came to share in the Open Afternoon with us.

Did you know that every pupil contributes to our school by being in a responsibility group? There are 4 groups altogether and pupils are in the group for up to 2 years, then they get a choice to remain in the group for longer or can suggest 2 other groups that they would like to join.

Our Eco Group is in charge of keeping our Green Flag status by organising litter picking, checking energy use and promoting Reduce, Renew and Recycle. We have a Rag Bag in the school that we use to collect unwanted clothes which get collected regularly. We are looking to see if we could get an outdoor collection point so that all the community could use this. We also keep the school’s Eco code up to date. 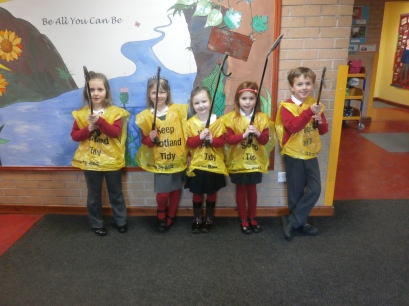 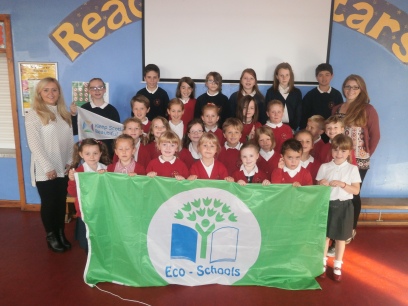 The pupil council listen to ideas and make decisions about things to do with the school. This year they decided to have a Christmas panto in school rather than paying for the cost of buses to go to a performance. They have been fundraising towards the panto by having pop up tuck shops on special occasions. The pupil council have also been supporting Mary’s Meals Back Pack project by collecting back packs and items for inside them to send to children in Malawi. We also support charities such as Jeans for Genes day and Children in Need. 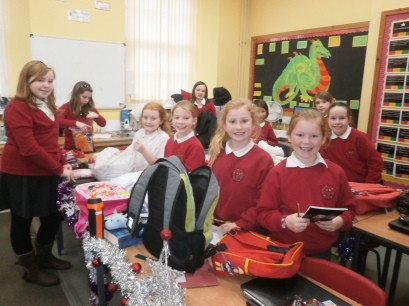 Our Website team is now named the Tech Team to reflect the different ways we use ICT. As well as the school laptops, we now have 12 iPad’s in the school. The Tech Team help look after the equipment and remind others about how to look after it properly. They also help to write articles for the school website http://www.kippenschool.org.uk. We also have a school twitter page which is an easy way to share news and photos. Visit us @kippenprimary

The Grounds Team help look after our school grounds. We have been growing vegetables in the raised beds and made soup using these. We had a trip to Arnprior Pumpkins to see how the pumpkins and turnips were growing there. We are looking for donations of wood to build more raised beds. Please contact us if you have any unwanted wood, e.g. from on old fence. 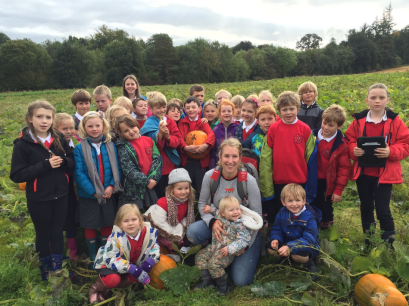