One day in May 2019, two residents of Kippen (June Waley and Irene Chapman) had the pleasure of meeting some Canadian visitors from Kippen, Ontario.  Elaine (Bell) Ford and her three adult children, Deborah (Ford) Clarke, Karen (Ford) Tuckey and Randy Ford were visiting us because their direct ancestors emigrated to Canada from Kippen in 1836.

Robert Bell and his wife Margaret (Doig) were natives of the parish of Kippen and sailed to Canada from Fort William, with their 10 children, having had a somewhat rosy picture of their potential future painted for them by the Canada Company under the leadership of Dr Dunlop.

Arriving in the neighbourhood of Egmondville in Ontario, Robert purchased 200 acres of land (at $3.50 an acre), and the family settled down to make a living.  Times were hard at first – a 20-mile round trip twice a week to get provisions along a trail blazed by themselves, and through a forest populated by bears, wolves and the occasional Indian.

However, over time, civilization approached, including a visit by Lord Elgin (Governor General) accompanied by the Postmaster General who were searching for prospective sites for Post Offices.  Robert Bell approached them with a view to founding such an office.

“What would you like to call your office?” asked the official.

To save his life, Bell could think of no name but Stirling.

“Stirling!” exclaimed the Postmaster General – “that’s too Scottish to please the Irish settlers in the district.  How would Mullingar do?” he asked.  “That’s too Irish to please the Scots” replied Bell, greatly daring.

“Perhaps then, you could suggest a better one?” said the official.

Bell could think of no name save that of his old parish in Scotland, and he hesitated to suggest it for fear that it, too, might be deemed to be too Scottish, but the official was evidently in a hurry.

“Kippen” said Bell, because he had not expected to have the privilege of naming the office and could think of nothing better.

“Fine” said the official, and so Kippen it was, and on November 1, 1855 the post office was opened in Kippen, Ontario, Canada.

Making the heritage trip to our fine Kippen, Scotland was a trip of a lifetime for Elaine and her family and they tell us, they ‘found everything they were looking for and more’.  ‘The people we met in Kippen were wonderful, so friendly and helpful.  It was a pleasure to experience Kippen first-hand. We enjoyed our visit to the kirkyard, walking the streets of the town, enjoying your views from the lookout and frequenting the pubs our ancestors would have also enjoyed. We take great memories of your fine Kippen back to Canada with us. Thank you.” 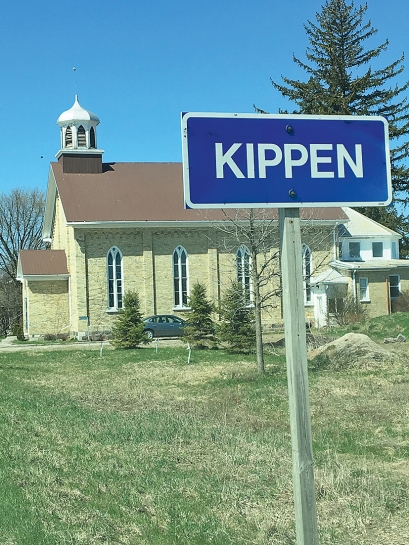 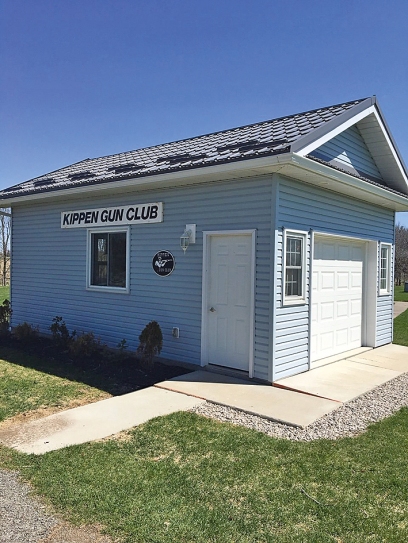