Primary 1 have been working on developing our play area this term. Our learning context in the first term was ‘The Seaside’. We wanted our play area to be linked to our topic. First we came up with some ideas. We drew pictures of what we would like to play with. We wrote a letter to Mrs Logan to share our ideas. Mrs Logan said we could buy some new play resources. Primary 6/7 came down and helped us with our research. We looked on the internet and in catalogues. We bought some sand and water toys. We made an aquarium role-play area and got some new sea animals to look after. We even made an ice-cream parlour. We love our new play area!

“We made scuba divers for the play area with our faces behind the mask. They are funny.” (Muireann)

“I like our new ice-cream parlour because we can pretend we are at the beach.” (Sophia)

“The shells are really interesting. I found some crab shells. I used the shells to make numbers.” (Jamie)

“I like the sand pit. There are lots of things to play with. There are numbers and letters. I make castles.” (Emma)

“I like our new aquarium. We take the sea animals in there and pretend to look after them.” (Anna)

P2/3 have been learning ‘Under Sea Exploration’ this term and began the topic by reading the popular ‘Rainbow Fish’ story about kindness and friendship. They have learned about a range of under-sea creatures, and of the value of our seas and the need to look after them.

P2/3 have also been out and about learning outdoors and have been sharing storytelling in the woods. They had a lovely surprise when Snowy Owl left them a box of books to share around the village. Look out for these when you are out and about, and let Snowy Owl know how many hoots you would give the book!

P3/4 had the opportunity to work with Mrs Smith from Creative Stars. They took their Maths learning outside for a very exciting session in the warm autumn sunshine. Using natural materials like pebbles, sticks and pine cones, they used their knowledge of place-value during a team challenge. Their next task was to create symmetrical pictures using their collected materials. Finally, the last challenge was to see how many triangles they could make using just a few sticks. The children had a fantastic time outside, and we look forwards to many more outdoor learning sessions in the future! 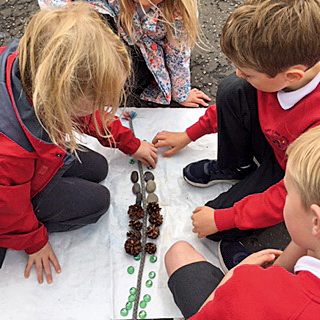 All classes had talks or workshops run by Alex and Catherine from the SSPCA.  P5/6 were the first class to welcome our visitors. ‘We learned that the SSPCA stands for the Scottish Society for the Prevention of Cruelty to Animals.’ (McKenzie) The class learned to contact the SSPCA if they were worried about an animal and they heard about the work that the SSPCA do. ‘I learned that you can call the SSPCA if you see an animal that might need help.’ (Emma)

P5/6 played a wild animals quiz game in groups. They tested their knowledge and found out new facts. ‘I found out a lot of information when we played the wild animal quiz card game. Did you know that baby foxes have black fur when they are born?’ (Charlie) ‘Did you know that a seal is diurnal? That means it is awake during the day and asleep at night just like us.’ (Holly F)

SSPCA have recently partnered with Robo Wunderkind to include a unique new addition to their programme for Primary 4-7, using new robotic and coding tools to capture children’s imagination, encourage them to have fun and be creative, and emphasise how amazing animals really are. P5/6 really enjoyed developing their coding skills with the robots.

‘I enjoyed making and controlling the robot rabbit. We coded a lot of sounds and moves.’ (Aila)

P5/6 used a toolbar and drag and drop symbols to programme the robots. ‘I liked it that they didn’t tell us what to programme on the rabbits. We got to write our own programmes.’ (Fraser)

Catherine from the SSPCA said that we had great classes at Kippen Primary, we were very engaged, and we used excellent teamwork, listening and sharing. She thought we were very organised, and she said they were made to feel very welcome.

This term, P6/7 are investigating some magical science, linked to their Harry Potter topic. As well as trying their hand at soldering and making other electrical circuits, pupils also received a visit from SSERC to investigate how oil and water interact and used this knowledge to make mini lava lamps. The class has also been investigating how different materials react differently in the same situation, learning how to make observations and draw conclusions from these. They have created their own hypotheses about solubility and tested these, and have set each other challenges focussing on investigating the use of magnets.

All pupils voted for the new House and Vice Captains for this school year. All P7 pupils presented speeches in front of their House and all P7s should be commended for their effort and organisation in preparing their speech.

All pupils in each House were able to listen to all the candidates from their House before voting. The successful House and Vice Captains then presented their speeches at Assembly so that the other Houses could hear their speeches too. Our House and Vice Captains lead House Meetings every month, and they value the support of the other P7 pupils during these meetings. They also lead the House Assembly event month, with responsibility for collecting and reporting on House points and announcing the winners of the House Cup. We look forward to hearing about their plans for future House events. 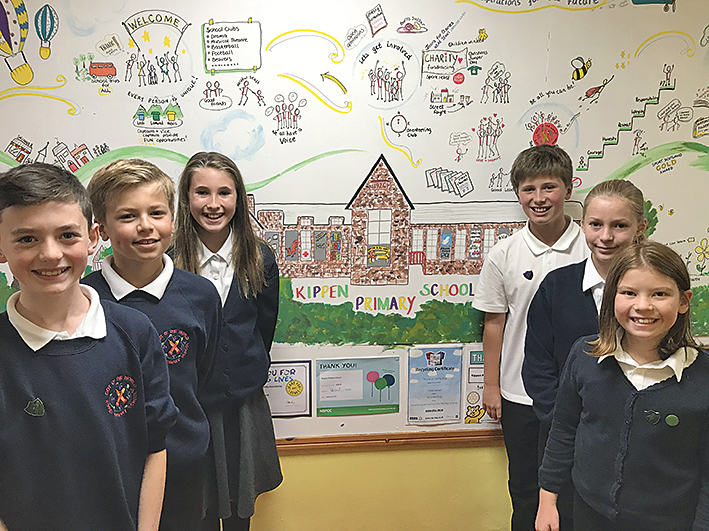