During the last few weeks, P4/5 have been learning about Victorian children. As part of topic preparation, the pupils thought of lots of Little Questions which they wanted to know the answers to and then grouped these into a few Big Questions which we focused on as a class.

The first question which the pupils wanted to answer was ‘on the timeline, where do Victorian times fall?’ They used the school iPads to research the history of Britain and were excited to find out that Victorian children actually lived quite recently, compared to people like the Vikings and Saxons!

Pupils also wanted to know what school and work were like for Victorian children, and how Victorian children were treated differently or similarly to children now. We were delighted to welcome Mr Smith from the Smith Museum into class as a surprise for the pupils. He dressed up as a Victorian teacher and gave them a small taste of what it would be like to be in a Victorian classroom, including writing with old fashioned pens! We also looked at some of the rights which children have nowadays thanks to the UN Convention on the Rights of the Child and discovered how these rights make children’s lives in Britain now very different from the lives of children in Victorian Britain. All of the children in the class expressed how lucky they felt to be alive now instead of in Victorian times, however one pupil was also able to use a family member’s recent trip abroad to share how some children in the world still live very similarly to how British children lived in Victorian times.

The class found out how Florence Nightingale helped to improve the standards of healthcare during the 1800s and how Lord Shaftesbury helped to improve living conditions for many poor. They investigated the changes in technology since Victorian times and considered how this technology makes things like dealing with the recent snowy weather much more manageable nowadays.

To round off the topic, the class went on a trip to the Smith Museum and Art Gallery and were able to view lots of historical items, from Victorian times and beyond. They were thrilled by the world’s oldest football, the story of a Victorian surgery which helped to save a little boy and the marvellous dollhouse in the collection.

Pupils commented that the topic had been really exciting, that they had learned a lot about something they had not really known about before, and that they felt very lucky about lots of things in their own life. Highlights for pupils included the Scary Teacher visit, the class timeline of British history, the perspective drawing we learned to do and the William Morris wallpaper we designed. 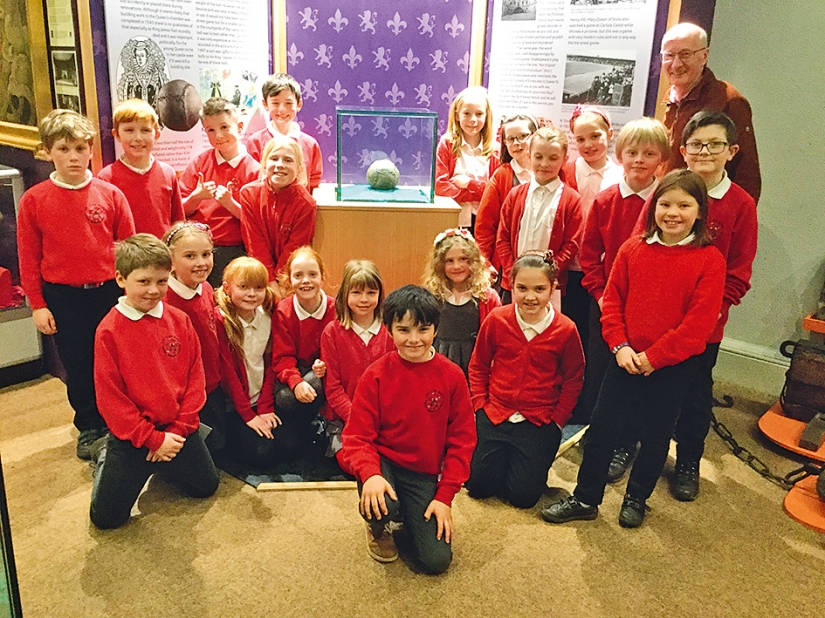